Why Adopt a Pit Bull? 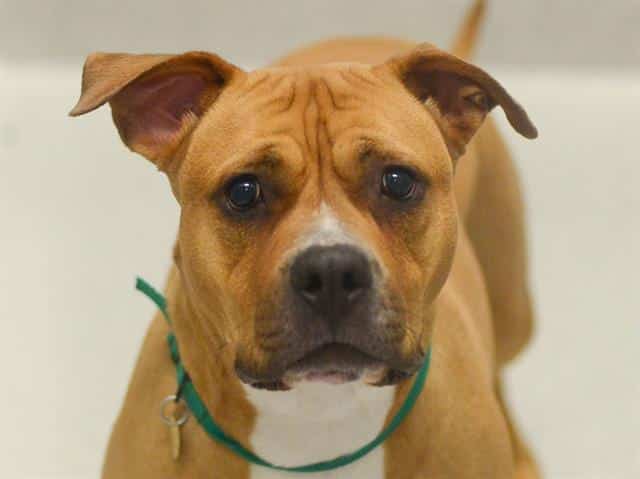 Much like hanging toilet paper over or under or wondering if cilantro is the most offensive herb, few things stir up opinions faster than the subject of pit bulls. Strong opinions. Let’s see if we can clear up a few misconceptions about pit bulls and shift some thinking about these loveable block-headed pups. Did you know that pit bulls can be therapy dogs, K9 police dogs, service dogs and family companion dogs? Yup, yup, it’s true.

What’s in a name

Pit bulls are not an actual breed; instead, the term is more generic and used to describe a type of dog based on its physical appearance—a sturdy body and a square head. Pit bull-type breeds are a mix between a bulldog and a terrier, and while the American pit bull terrier is the only formal breed with the term in its name, there are more than 20 distinct breeds and even more mixed breeds that share similar physical characteristics. So what dogs are labeled as pit bulls? Good question. When a dog arrives at a shelter, their breed isn’t always known or obvious, and staff makes educated guesses. The term “pit bull” has been used enough that it’s an informal umbrella (so to speak) for these types of pups.

It’s all about the science

“There is no scientific evidence that due to intrinsic behavioral characteristics, pit bulls pose a higher level of risk than other dog breeds of a comparable size,” said Dumb Friends League Behavior Supervisor Avery Spear. “But, there is a wealth of data suggesting that they are disproportionately difficult to find placement for. To me, this means that they can make great pets in the same way that any dog can make a great pet. It also means that if people want to rescue and they are able to support a pit, there is arguably no breed/breed mix that is more in need.”

Pit bulls are often labeled as aggressive and dangerous with other animals and humans, but it’s impossible to predict how an individual dog will behave based solely on their breed. Any breed whatsoever. It’s true that pit bulls have a stigma associated with them because, historically, they’ve been bred for fighting, but we know we shouldn’t stereotype, right? Pit bulls are known to be good-natured, loyal, affectionate pups who love their people! Plus, they’re athletic, so if there’s a marathon in your future or you want an exercise buddy, look no further.

No matter how you look at it, one man’s pup is another man’s treasure, and no amount of dog discrimination disputes the fact these pit bulls just want to be loved—and deserve a home—like every other pet. To learn about the pit bull adoption process in Denver, click here.