History of the Dumb Friends League

Getting to know the Dumb Friends League…

Throughout the League’s 110-year history, many inspiring individuals shaped the organization—and animal welfare—into what it is today. From Jean Milne Gower in 1910 to Dr. Apryl Steele in 2015, who we are, what we do and what we offer is thanks to many people along the way.

A legacy more than 100 years in the making

If we hop in Mr. Peabody’s Wayback machine to Sept. 8, 1910, we’d learn that William Howard Taft was the President of the United States, Mary and John were the most popular baby names, and the Denver Dumb Friends League was incorporated under the laws of Colorado.

That’s right. more than 100 years ago, Mrs. Jean Milne Gower founded the League after learning about a similar organization in London, which she visited and sought advice to start an animal shelter here.

The motivation for incorporating likely stemmed from negotiations with city authorities to take over the city dog pound, an arrangement that became effective on Sept. 1, 1910. According to a 1911 newspaper article, the League was picking up stray dogs in Denver and housing them in Edgewater, but the city of Edgewater took the League to court for disturbing the peace, and the shelter had to move. 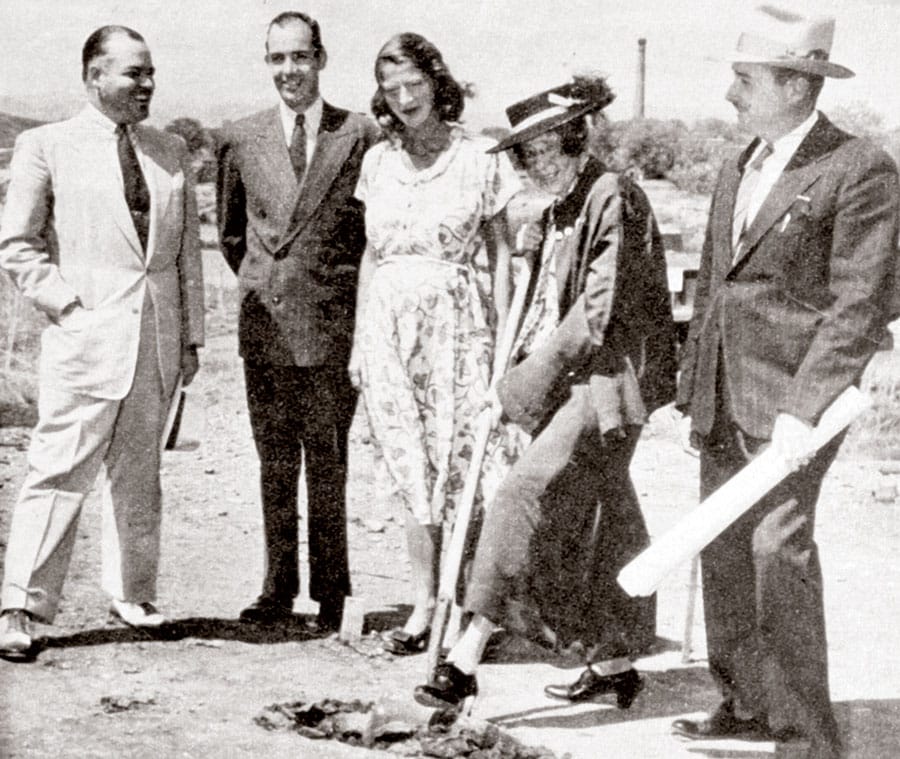 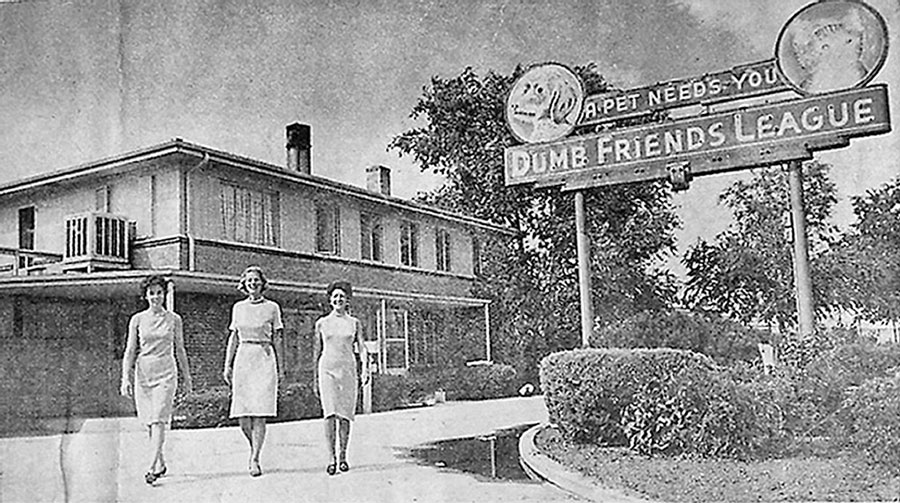 In 1912, the League contracted with a well-known and reputable boarding-kennel owner to run our first shelter in downtown Denver until 1920. At that time, a new facility was built on 11 lots at South Santa Fe Drive and Louisiana Street. As the incoming animal population grew, so did our need for space, and a larger shelter was built at the same site and opened in 1949. In the mid-1960s, pet receiving stations were opened in Arvada and Littleton to handle the growing number of animals. But, by 1972, this shelter was inadequate to handle its burgeoning population, and the League purchased 20 acres near Quebec Street and Evans. With construction completed in 1974, the new shelter opened, and the League still operates from this location today.

Those familiar with the League back in 1983 might recall cat and small dog adoptions through our Lakewood satellite facility. The League accepted an offer from the Animal Assistance Foundation for rent-free use of its Lucky Star Cat Shelter, and in the 1990s, the shelter evolved into an extended care center for animals recovering from illness or injury before closing in 2003.

To meet the ever-growing demand for animal welfare, in 1986 the League used an estate gift to expand the Quebec Street Shelter. And, in 1999, the organization undertook a major capital campaign to build a shelter for Douglas County and to again significantly enlarge the Quebec Street Shelter, which is now known as the Leslie A. Malone Center. In 2002, the Buddy Center opened in Castle Rock.

Throughout the metro Denver community, the Dumb Friends League is a familiar name. Perhaps lesser-known but as critical to the welfare of animals throughout the state is the Colorado Humane Society (CHS), a program of the League. Since 2010, CHS works to prevent and investigate cases of animal neglect and mistreatment and promote animal welfare throughout Colorado, giving pets and equines a second chance.

Abused and neglected horses, ponies, donkeys and mules that have been removed from their owners by law enforcement officials were able to find the rehabilitation, care, training and new loving homes they needed when the Dumb Friends League Harmony Equine Center opened in Franktown in 2012.

The year 2017 was a big one for the League. The Dumb Friends League Veterinary Hospital at Yuma opened in Denver to provide free spay/neuter surgeries for all cats to reduce pet overpopulation. And, we embarked on a major renovation and construction project at the Leslie A. Malone Center. The $40 million Building a Better Way Home project and capital campaign upgraded the oldest and most heavily used parts of the facility while expanding and enhancing other critical areas of the shelter. The state-of-the-art shelter provides the architecture and infrastructure to exponentially increase our collective impact on animal care, treatment and well-being for years to come. 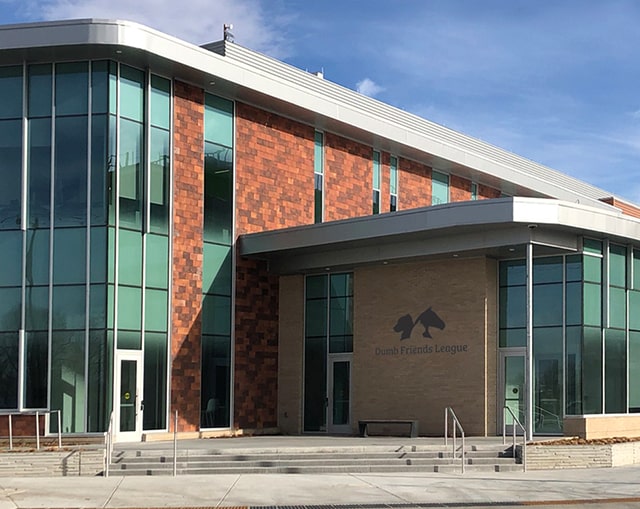 As history shows, the League has always had its pulse on animal welfare needs.

When the demand for veterinary services to underserved pets increased dramatically, the organization was ready to help. In 2018, the Dumb Friends League Veterinary Hospital at Yuma opened in Denver to prevent and alleviate suffering in pets whose caretakers would otherwise be unable to provide this care.

The Dumb Friends League Veterinary Hospital at CSU Spur opened in early 2022 to help expand access to veterinary care in Denver. The hospital, which operates in partnership with Colorado State University, provides low-cost services to the Globeville, Elyria, and Swansea neighborhoods and beyond. It features a one-of-a-kind public-facing educational space allowing visitors to observe veterinary teams at work.

The Dumb Friends League is poised to build on the legacy of its organization’s strengths and commitment to end pet homelessness and animal suffering. We’re proud of our history, community and the good we all do together.