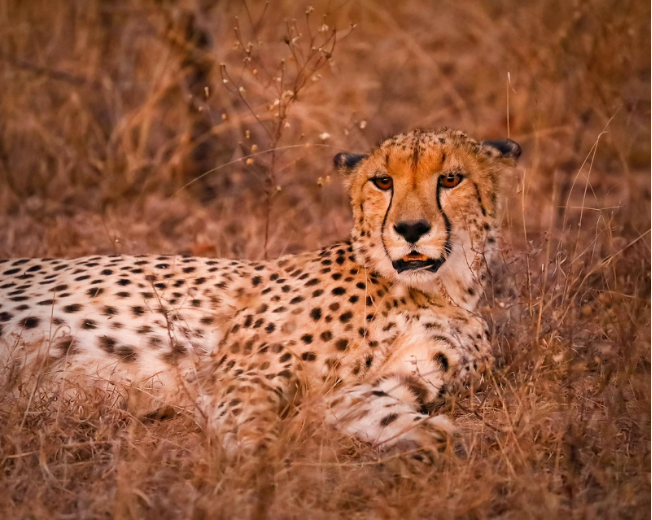 On a recent adventure to Africa, I had the opportunity to visit an incredible organization dedicated to the mission of ensuring “a world in which cheetahs are able to live and flourish in coexistence with people and the environment.” Cheetahs are the most threatened of the big cats and, sadly, there are only about 7,000 of them left in the wild.

The Cheetah Conservation Fund (CCF) is located in the Southern African nation of Namibia. Namibia is home to the largest remaining cheetah population, most of whom live outside of protected areas. As such, CCF staff and volunteers have implemented a multi-pronged approach to saving the cheetah from extinction, including education, scientific research, habitat restoration, and livestock protection.

Education is key. CCF first reached out to local farmers to educate them about the importance of the cheetah. Cheetahs were disproportionately blamed for most livestock killings because they hunt during the day. Farmers observed them rather than the numerous predators who hunt at night. Through comparisons of wild cat behaviors and jaw sizes related to the actual wounds on their livestock, CCF staff were able to show farmers that cheetahs were only responsible for a small percentage of livestock losses. In addition, CCF offered a solution: a livestock guarding dog program in which CCF breeds and raises Anatolian shepherds to help protect sheep, cattle, and goats. To date, CCF has placed more than 650 dogs on livestock farms, and farmers have reported up to an 80% decrease in livestock losses.

CCF staff also conduct education programs for school children in Namibia and other countries. These programs help increase the acceptance of the cheetah as part of the ecosystem. In fact, many of the locals who attended CCF education programs as young children have gone on to work at CCF in one capacity or another (i.e., as a volunteer, intern, staff scientist, etc.).

Additionally, CCF has a state-of-the-art genetics laboratory that conducts DNA sequencing. They collect samples (often fecal samples because they are easier to collect than blood samples) and use sequencing for species identification. They use dogs (usually the Belgian malinois) to correctly identify cheetah scat in the wild. Blood and tissue samples are more reliable, and CCF staff typically collect those from cheetahs who have been killed or captured. From these samples, they learn about the cheetah’s demography, as well as the biological factors affecting the cheetah’s survival.

CCF also rescues cheetahs from illegal trade operations. Because cheetahs are the least aggressive of the big cats, their cubs are desired as pets. Again, education is key in the elimination of the international trade of cheetahs. On their extensive property in Namibia, CCF currently cares for four adult female cheetahs who were orphaned at a young age. Cubs must remain with their mothers until approximately two years of age to learn how, what, when, and where to hunt. Younger cheetahs will not survive in the wild alone.

I had the opportunity to see these beautiful animals and gained a greater appreciation for the work and dedication of those who are committed to saving the cheetah from extinction. For more information about CCF, visit www.cheetah.org.