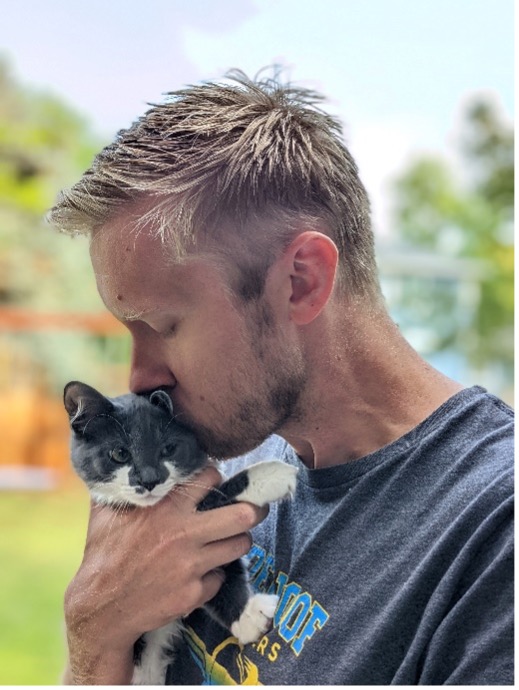 What inspired you to volunteer at the League?

I was introduced to the League by my friend Bruce who had taken his dog to the Furry Scurry a couple times. He and I both had interest in volunteering for an animal shelter so we decided to go in and sign up together. Almost six years later, we're both still volunteering--him with the dogs, and me with the cats.

What’s one of the most important/surprising things you’ve learned volunteering OR what’s the funniest thing that has happened while volunteering?

I think spending so much time with animals with different backgrounds and personalities has really taught me a lot about how to read and handle pets. When I started working with the behavior department, I had no clue what I was doing and very often projected feelings onto the cats based on my own limited experiences. As time went on, I learned tons of little cues that I had never noticed that can tell me if a cat is stressed, scared, overexcited, or anything else.

"What could I say to you that would be of value, except that perhaps you seek too much, that as a result of your seeking you cannot find. … Seeking means: to have a goal but finding means to be free, to be receptive, to have no goal."

What do you do when you’re not volunteering at the League?

I'm a computer programmer, but I spend most of my free time playing guitar and traveling around to see the amazing geology of Colorado.

It's inspiring to me to see so many people at the shelters working so hard to make the lives of these animals better. Sometimes the world can seem like a needlessly cruel place, but the shelter is always a reminder that it isn't fundamentally so.