When Cooper was surrendered to the Dumb Friends League Harmony Equine Center last August, the neglected, 3-month-old palomino paint horse had noticeable swelling around the mid-joint of his left front leg. Radiographs showed Cooper had a complete fracture in his radius, one of two leg bones located between a horse’s carpus and elbow. In foals, radial fractures often result from external trauma, such as being accidentally stepped on or kicked by another horse.

It was clear early on that Cooper would need surgery to address the uneven growth of his radial bone. Because he was too young for the procedure when he first arrived, our teams decided to let him heal and wean from his mother over the next three months while monitoring his condition, restricting his mobility, and managing his discomfort.

As fall arrived, our veterinarians and veterinary partners determined an abnormal growth of bone (known as an “angular limb deformity” or ALD) would need to be surgically repaired with screws and wires to straighten his leg. Without surgery, Cooper would most certainly have trouble bearing weight and could experience further health complications and chronic pain. 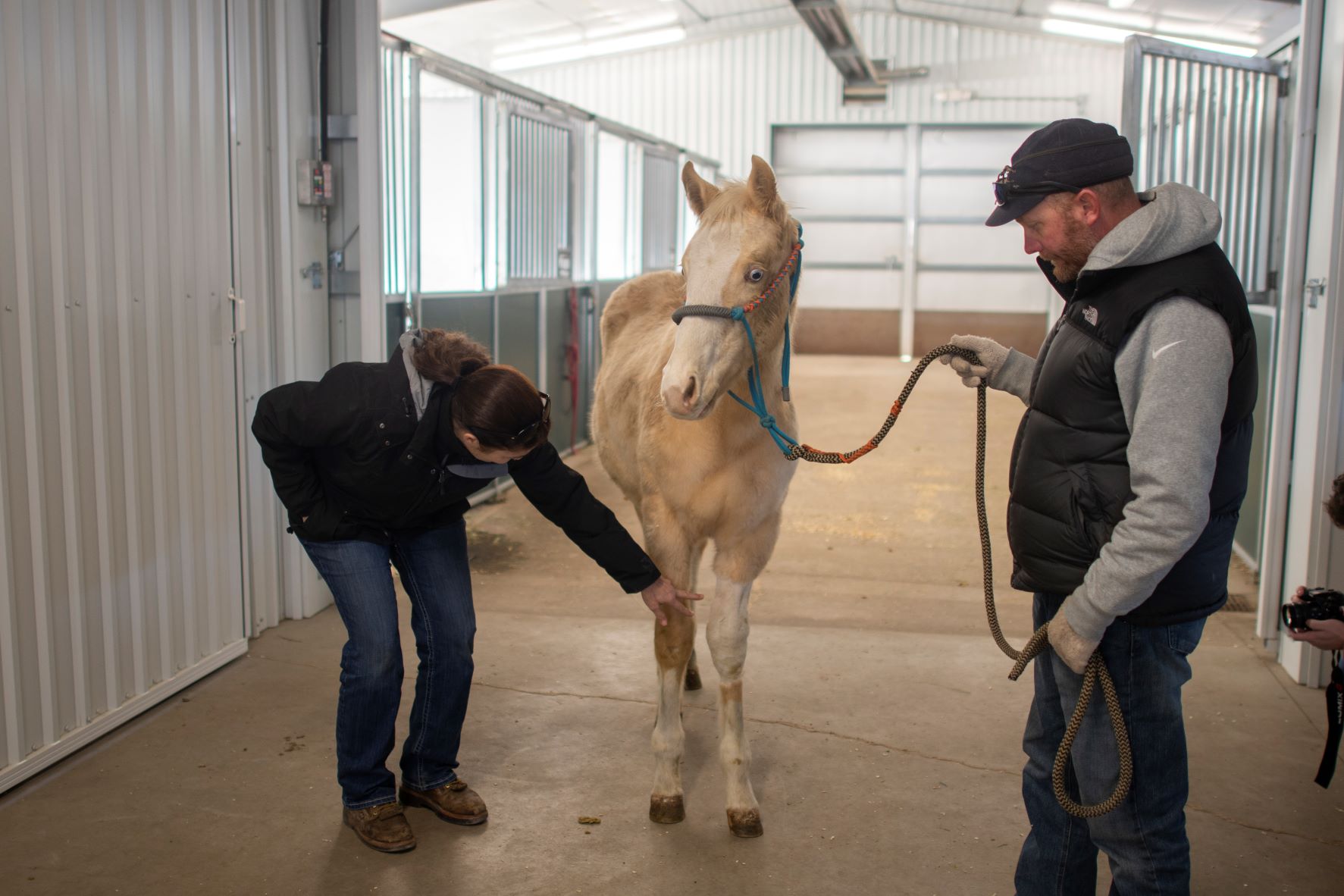 Cooper underwent his first procedure just days before Thanksgiving and handled everything like a champ. And after a second surgery to remove the hardware in March, he was doing beautifully – his ALD was improving by several degrees and his fracture had healed. Cooper was finally ready to take his next steps.

On a beautiful, early morning in May, Tim and Kathy adopted sweet Cooper after falling in love with him from his website adoption profile. The couple, who previously adopted their other horse, Chipeta, from Harmony in 2021, was looking forward to bringing him home to their spacious 10-acre property on the Western Slope (now known as Cooper’s Playpen!). These days, Cooper is thriving. He’s gaining confidence, works well on a halter, and enjoys exploring new adventures with Chipeta and his best canine friend, Hank. He also loves to jump – something we could only have dreamed of when he first arrived at Harmony.

According to Tim and Kathy,

[Cooper] is very handsome, friendly, and incredibly graceful in motion. Looking out for his well-being is a blessing. He is constantly doing things that make us smile and appreciate the fact that he’s here.

After overcoming the odds at the Dumb Friends League, Cooper has already made a heartwarming difference in the lives of his adoptive family. Donate here to support the homeless animals at the League who are still waiting to meet their own special someone. Be the difference for an animal like Cooper today!

Click here to watch Cooper grow into the healthy horse he is today.